Rowenta is a well-known German brand whose irons are well known for being durable and are designed to look good. Not only the irons are good to look at they are also the most effective irons less than 100$. One of the most amazing features of this iron is the anti-calc system which includes a unique limescale collector.

Not only is the Rowenta DW7180 is famous for its self-cleaning capabilities, it also excels in the primary functions as well. The primary function, of course, being having a powerful generation of steam and that the iron glides smoothly on any kind of fabric, without putting so much strain on the arms of the operator. According to Rowenta iron reviews across the internet, the Rowenta D1780 is really famous for its consistency ever since it arrives at your home.

Most of the tap water is hard water which contain dissolved salts and minerals. When these minerals penetrate inside the iron, they reduce its efficiency by blocking the steam vents. The anti-clac iron comes with a highly unique collector that traps in as much as one teaspoon in around 3 months.

It is a high-power iron with around 1750 watts it is one of the most efficient irons present in the Rowenta series. The DW7180 heats up in less than a minute which is very useful for people who are always in a hurry. When the iron is able to produce a powerful shot of steam at 180g/min which can only be compared to the Rowenta DW5197. The user has no trouble even with the toughest of toughest creases.

The cutting-edge technology used in this iron is only available for a few exclusive irons. It has around 400 micro steam holes evenly distributed on the soleplate of the iron. This number of holes provide a good amount of steam generation to iron your clothes instantly. A few more models from Rowenta have the same technology.

It has a high-quality stainless-steel soleplate. It is designed with a very thick central core. The soleplate is heated from all areas and it is designed to glide easily on all types of the fabrics. One should always use the cleaning kit to clean it for optimal results. It also allows easy access to tricky areas that are hard for other irons to go to such as pleats, pockets and the collar region.

It offers three kinds of steam options variable steam, vertical steaming and burst of steam. The vertical steaming feature on this iron converts the iron into a steamer and can straighten even the harshest creases on the fabric. A bust of steam allows a shot of steam on the specific areas that are targeted by the user.

This is the feature that the iron is famous for and it rightly deserves this appraisal. This whole concept of protection and filtering in the Rowenta iron cleaning aspect has also been adopted by other manufacturers, since they cannot turn a blind eye to much this matters to the customer. The anti-clac system provides a self-cleaning feature to the iron which makes the iron brand new so that its productivity is not risked and it works smoothly. This also keeps the micro steam holes open so that there is no clog in the micro holes.

Another cool feature that adds reliability to the Rowenta DW1789 is the anti-drip system. What it does is that it prevents any kind of spillage that might occur during ironing or steaming and damage the delicate fabrics.

This is iron has a 10-ounce water tank that can be used for up to 30 minutes without requiring a refill. This makes it easier for the user as it has a good size for a water tank in the iron.

This model has a very comfortable handle with an amazing grip. The buttons of the iron are located within the reach of the user and there is a yellow light which shows when the iron is hot enough to be used. The water is filled easily on a faucet and is shaped like a funnel so the water is not spilled during the refill.

The reason it lasts so long or has the consistency it is so regarded for is because of its cleaning functions that are ideal for any steam iron cleaning. The more it is protected against dirt and other residual waste, the longer it can perform its duty. 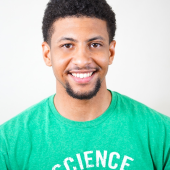